Raise your score!  Gain admission to the college of your dreams & obtain more scholarship money.  Learn how to score higher on the ACT!

We have collected data from a number of Ohio high schools.  It appears in two forms:  first, improvements for students who have previously taken the ACT and, second, high school average score across all students, regardless of whether or not they enrolled in our seminar.

The following high schools collected data for students for various years between 2012 and 2017 who had previously taken the ACT, enrolled in one of our seminars, and retook the ACT.  They provided us with the data, minus actual student names.  Results are as follows: 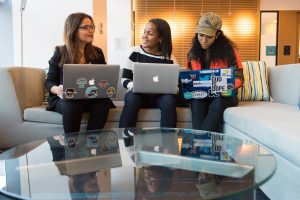 Five high schools have shared their ACT annual reports with us.  Cincinnati Princeton has seen a 1.4 composite point increase school-wide over the last two years (2015-2017).  Groveport HS improved 1.1 composite points schoolwide with 25 additional students taking the ACT in 2016-2017.  Fredericktown HS increased its schoolwide composite score by 1.0 points in the 2015-2016 schoolyear.   Columbus West HS posted a 3.2 composite point increase in its average ACT score over a three-year period ending with the 2014-2015 school year.  Columbus Alternative HS posted its highest ever school-wide average on the ACT during the 2013-2014 schoolyear at 22.7.  These statistics represent every student at each school.  Our seminars enrolled, on average, approximately 60% of their students who took the ACT.  While we cannot claim that we affected the entire increase, it is clear that our seminars had a significant positive impact.

Every high school that has collected data has shown a significant increase in scores. Although we have seen no data on the resulting impact on college admissions and financial aid, we can make this statement.  Because approximately 2.1 million high school students take the ACT every year, for every percentile increase, students place ahead of about 20,000 additional students nationwide.  A one composite point increase at the middle two quartiles level translates into 7 percentile points, or approximately 140,000 students nationally.  Clearly, these increases make students more competitive for admissions and financial aid.

Register for a Seminar